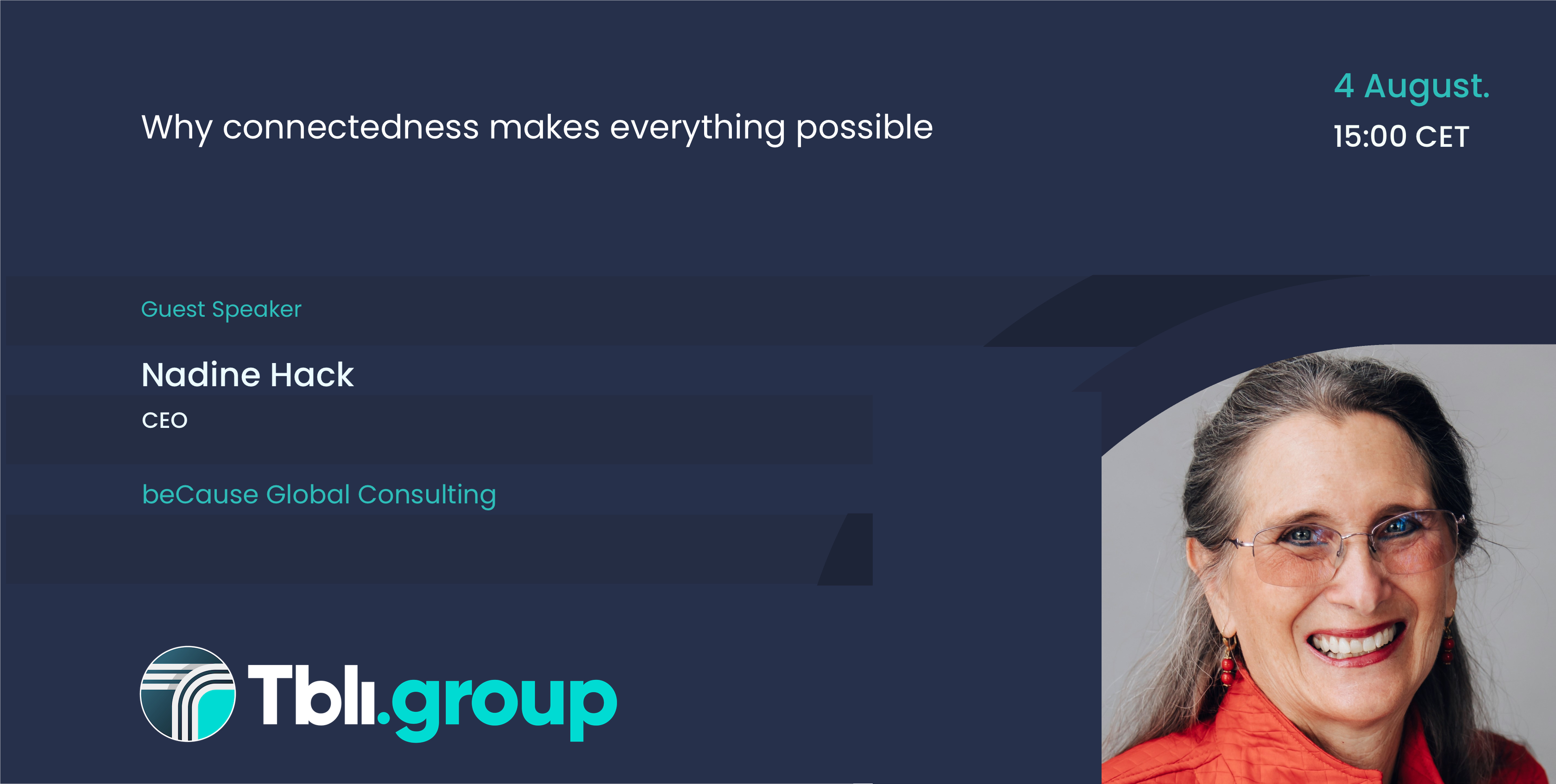 Join us for our monthly Networking and Mixer. Meet thought leaders, entrepreneurs and investors. Free of charge.


The TBLI BETTER WORLD PRIZE is a new initiative to recognize the Best ESG Measurement System.

30 presenters have already been confirmed. 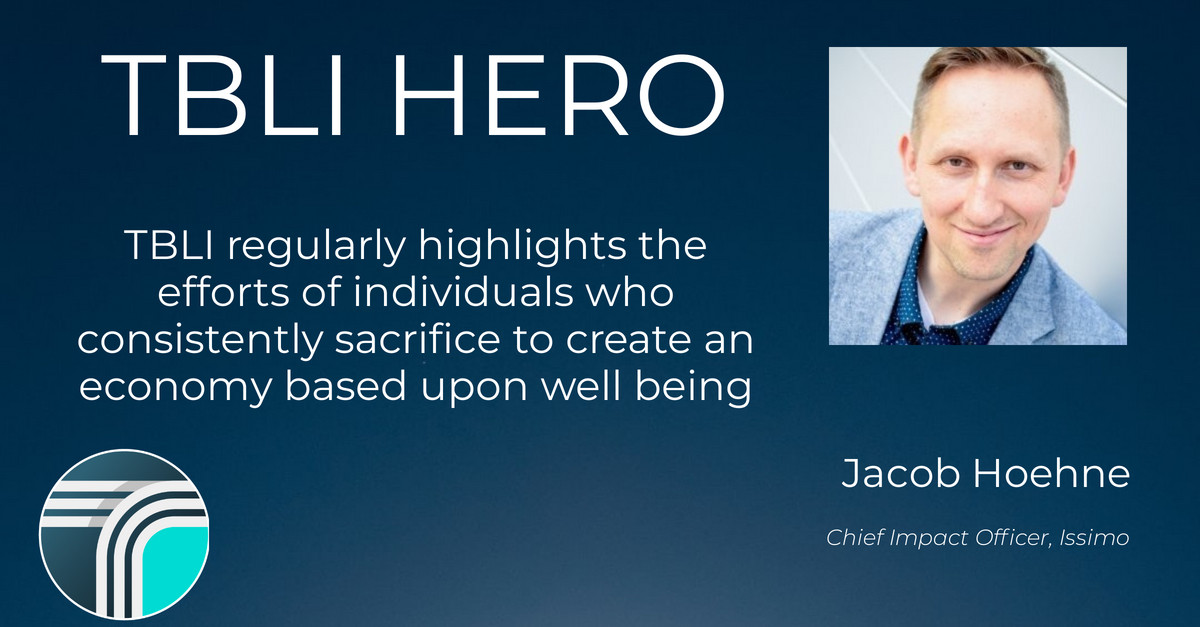 Jacob Hoehne is a true TBLI Hero and a dear friend. Jacob has always been supportive of many initiatives that support well being. A successful communications expert he switched direction to support mission driven initiatives.
For TBLI, Jacob has been invaluable in always offering a helping hand to better frame our story. Whatever TBLI or other mission driven companies were doing, Jacob was always there to support.
Jacob founded Issimo to help mission driven organisations inspire their audiences and attract capital through social impact storytelling A man of faith with a great sense of humour, who understands the phrase "pay it forward". Most of all he is always willing to help others, Thank you for being such a mensch. Congrats.

Blood Diamonds, Sanctions, the role of Government and Trade 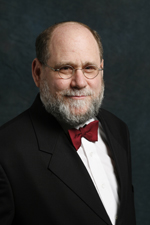 Martin Rapaport has worked tirelessly to create Fair Trade Diamonds in West Africa. Rapaport Fair Trade defines a “conflict” or “blood” diamond as a diamond which comes from a mine located in or providing profits to any of the following: civil conflict; illegitimate rebel movement; oppressive regime; or a violation of the Rapaport Minimum Human Rights Standard.

At Rapaport, it means a product which has met the following four conditions: 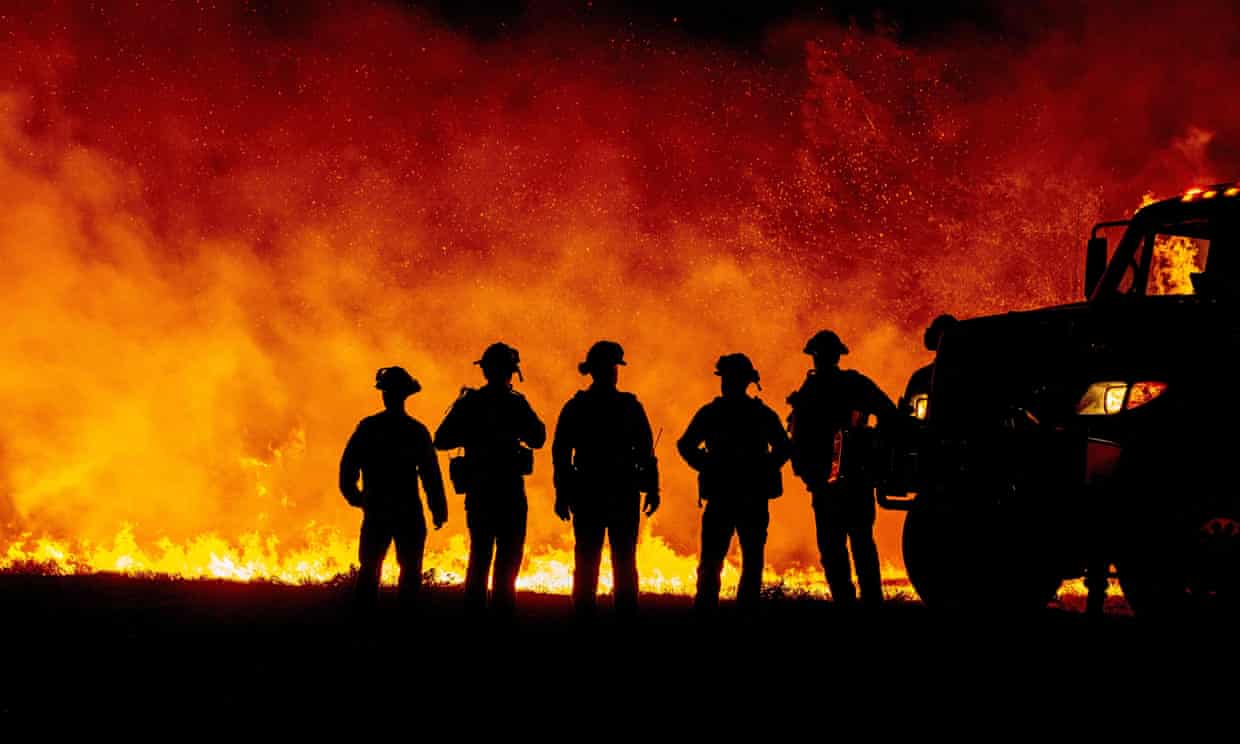 The risk of global societal collapse or human extinction has been “dangerously underexplored”, climate scientists have warned in an analysis. They call such a catastrophe the “climate endgame”. Though it had a small chance of occurring, given the uncertainties in future emissions and the climate system, cataclysmic scenarios could not be ruled out, they said. “Facing a future of accelerating climate change while blind to worst-case scenarios is naive risk management at best and fatally foolish at worst,” the scientists said, adding that there were “ample reasons” to suspect global heating could result in an apocalyptic disaster. The international team of experts argue the world needs to start preparing for the possibility of the climate endgame. “Analysing the mechanisms for these extreme consequences could help galvanise action, improve resilience, and inform policy,” they said. Explorations in the 1980s of the nuclear winter that would follow a nuclear war spurred public concern and disarmament efforts, the researchers said. The analysis proposes a research agenda, including what they call the “four horsemen” of the climate endgame: famine, extreme weather, war and disease.

They also called for the Intergovernmental Panel on Climate Change to produce a special report on the issue. The IPCC report on the impacts of just 1.5C of heating drove a “groundswell of public concern”, they said. “There are plenty of reasons to believe climate change could become catastrophic, even at modest levels of warming,” said Dr Luke Kemp at the University of Cambridge’s Centre for the Study of Existential Risk, who led the analysis. “Climate change has played a role in every mass extinction event. It has helped fell empires and shaped history. “Paths to disaster are not limited to the direct impacts of high temperatures, such as extreme weather events. Knock-on effects such as financial crises, conflict and new disease outbreaks could trigger other calamities.” The analysis is published in the journal Proceedings of the National Academy of Sciences and was reviewed by a dozen scientists. It argues that the consequences of global heating beyond 3C have been underexamined, with few quantitative estimates of the total impacts. “We know least about the scenarios that matter most,” Kemp said. A thorough risk assessment would consider how risks spread, interacted and amplified, but had not been attempted, the scientists said. “Yet this is how risk unfolds in the real world,” they said. “For example, a cyclone destroys electrical infrastructure, leaving a population vulnerable to an ensuing deadly heatwave.” The Covid pandemic underlined the need to examine rare but high-impact global risks, they added.

Morocco Wants To Be A ‘Destination’ For Renewable Energy 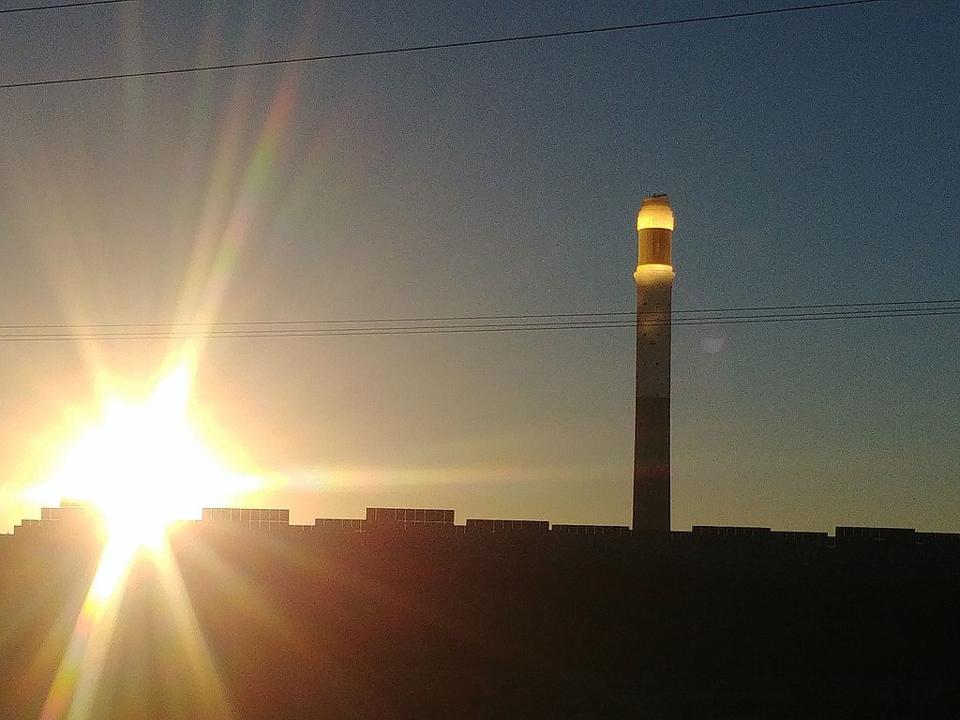 The Sahara has a lot of land and a lot of sun, making it an appealing place to site massive solar generating stations, and the Kingdom of Morocco is doing just that. Add substantial wind resources inland and on the coast and Morocco looks set to fulfill its declared intention of not only satisfying its own demands, but also becoming a regional exporter to North Africa and Europe. It has a total installed generating capacity of about 11,000 MW, 4,030 MW of which is renewables. An additional 4,516 MW of renewables is under construction or planned. The North African country hopes that it will inspire many countries to switch from fossil fuels to renewables. Leila Benali, the dynamic minister of energy transition and sustainable development, told me in an interview on Zoom that she wants Morocco to be “a destination for renewable energy.” In due course, according to Benali, Morocco could export more of its power from renewables to Spain, Portugal, and even the United Kingdom. Currently, there are two electricity interconnections with Europe and a third is planned. The capacity of the interconnections is 1,400 MW and power flows both ways, depending on generating and market conditions in Europe and M0rocco. “Sometimes we are the only African country importing a commodity,” Benali joked. 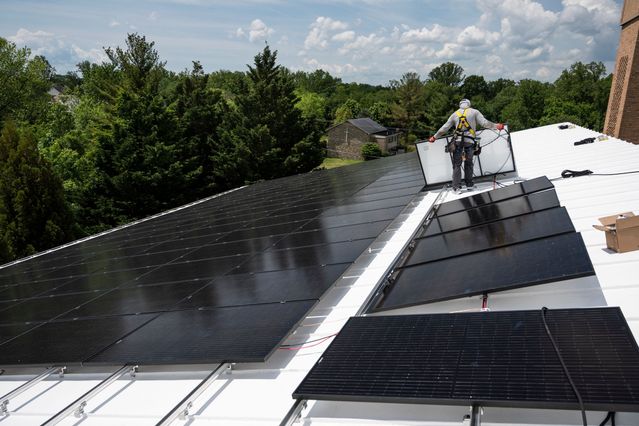 Congressional climate legislation suffered another setback last week after Sen. Joe Manchin, who would have cast the Democrats’ crucial vote in an evenly divided Senate, said he wouldn’t support climate spending. But even with about $300 billion in tax incentives for clean energy seemingly off the table, there are still multiple buying opportunities within the U.S. clean tech sector, one analyst says.

In the longer term, Byrd and his research team at Morgan Stanley believe distributed energy resources, such as rooftop solar, might disrupt traditional utilities as extreme weather events and electric-grid instability increase, energy bills rise, and the cost of solar panels and similar products decline.

“While we understand investor disappointment with Friday’s news that Sen. Manchin is not inclined to currently support climate-related tax incentives in the budget reconciliation bill, we believe the market has missed the bigger picture,” Byrd and his team wrote in a note on Monday. “Renewables economics are increasingly attractive relative to utility bills, especially given how much power prices have risen as a result of higher natural gas and coal prices.”

Clean energy stocks have suffered along with much of the broader market this year, and Byrd thinks the clean tech selloff is tied to the wider technology-sector selloff. Exchange-traded funds like the Global X CleanTech ETF (CTEC) and First Trust NASDAQ Clean Edge Green Energy Index Fund (QCLN) are down more than 20% this year. 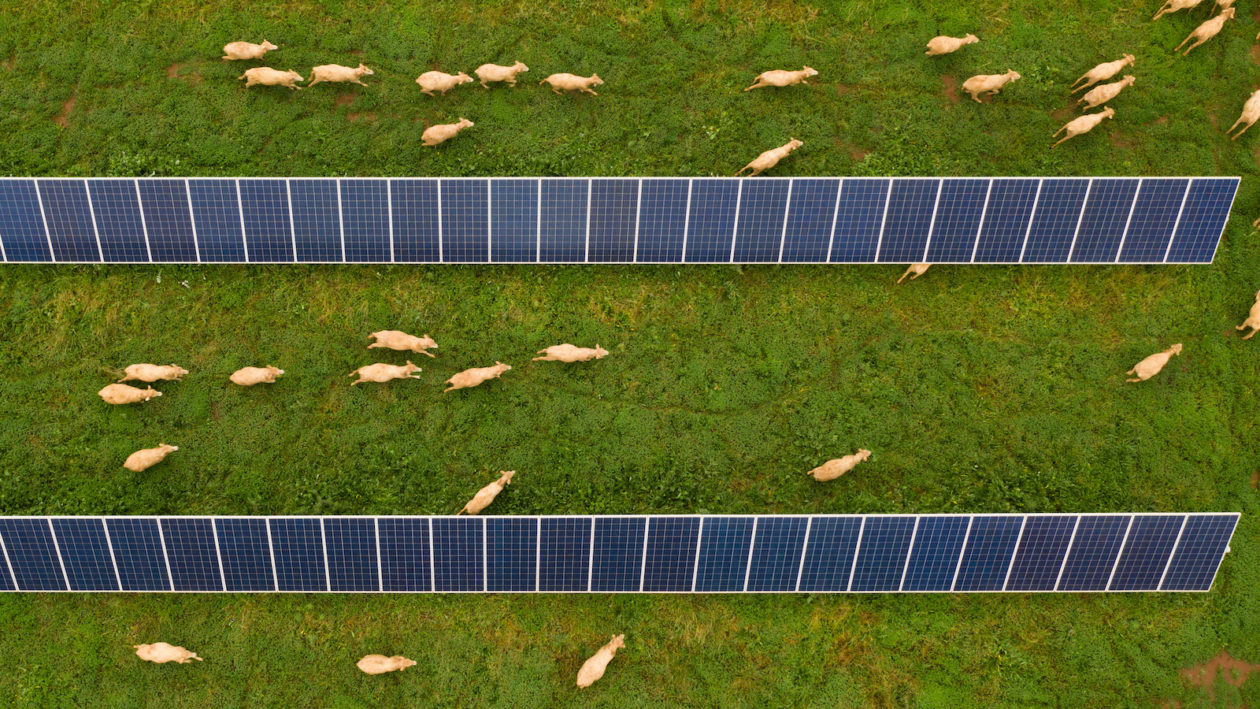 With the push for renewables leading to land-use conflicts, building highly efficient utility-scale solar farms on ever-smaller tracts of land has become a top priority. New approaches range from installing PV arrays that take up less space to growing crops between rows of panels.

From the ground, the new solar farm shimmers like a mirage oasis on a hot summer day. Instead of row after slanting row of shiny panels stretching taller than corn, this array, mounted directly on the earth, lies flat as water. From the air, it looks like an acre-sized swimming pool. Yet despite its modest stature, this new type of photovoltaic plant — one of five now producing a combined 2.5 megawatts of energy in California’s Central Valley — can match the output of conventional solar farms nearly three times its size.

In a meadow in southwestern Germany, solar panels stand upright in long, thin lines, like a series of fences. While farmers raise hay in the wide spaces between rows, the vertical power plant generates carbon-free electricity for the nearby town. Across the border in France, both wine and watts flow from panel-topped vineyards. Tea grows under solar panels in Japan, while pollinators are nurtured in the United States. And from Canada to Australia, utility-scale solar farms producing power for thousands of homes share their space with sheep.

These diverse approaches have the same goal — to help meet the burgeoning global demand for green energy by lightening the footprint of solar farms.

The sharp and immediate cut in fossil fuel emissions needed to keep climate change in check requires a massive ramp-up in clean energy production around the world. The International Energy Agency calls for 630 gigawatts of new solar power and 390 gigawatts of new wind power to be added each year by 2030. (One gigawatt can power roughly 190,000 average U.S. homes.) That growth rate is quadruple the record set in 2020. For solar power, it amounts to building the world’s largest current solar farm nearly every day.