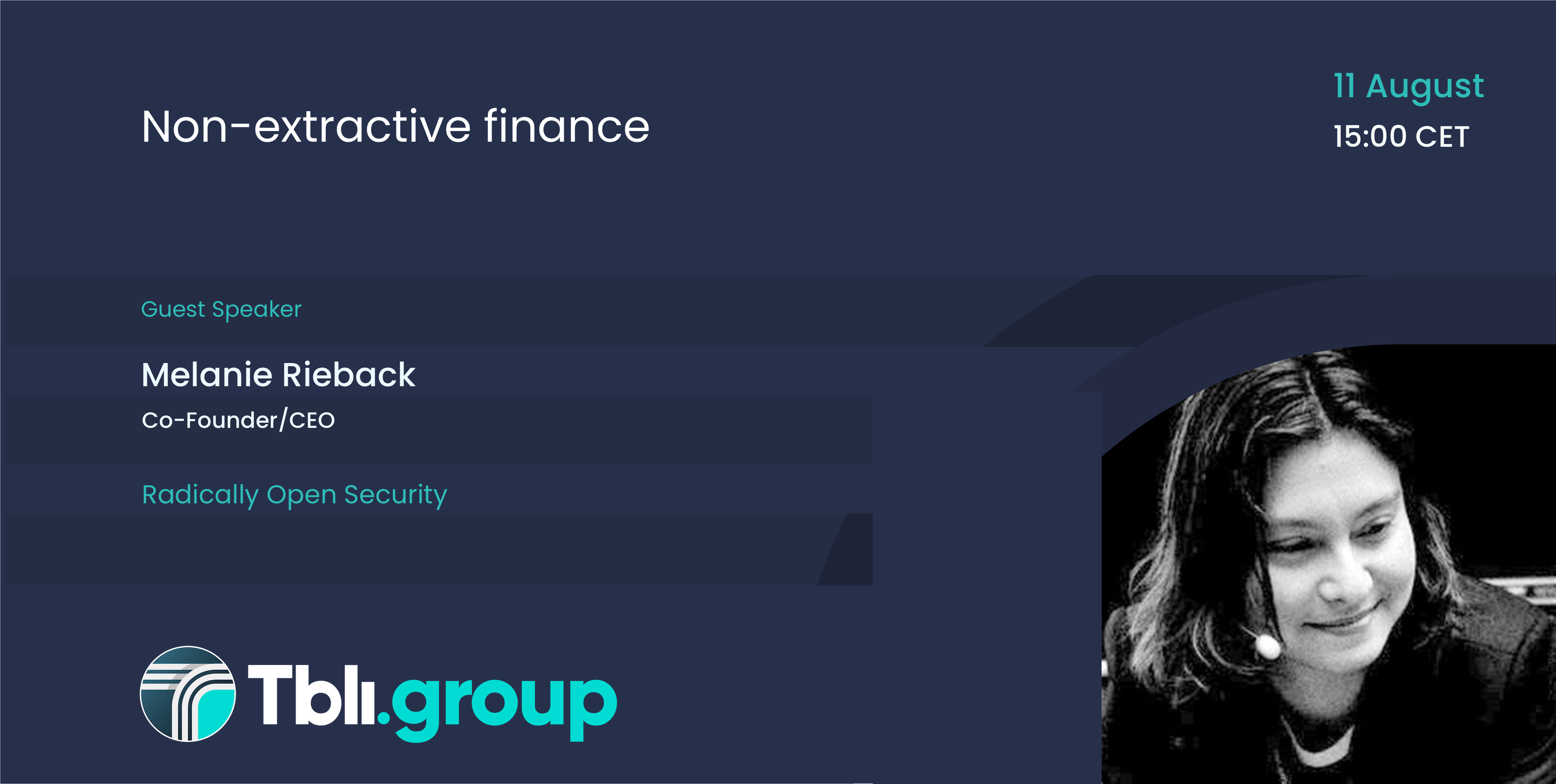 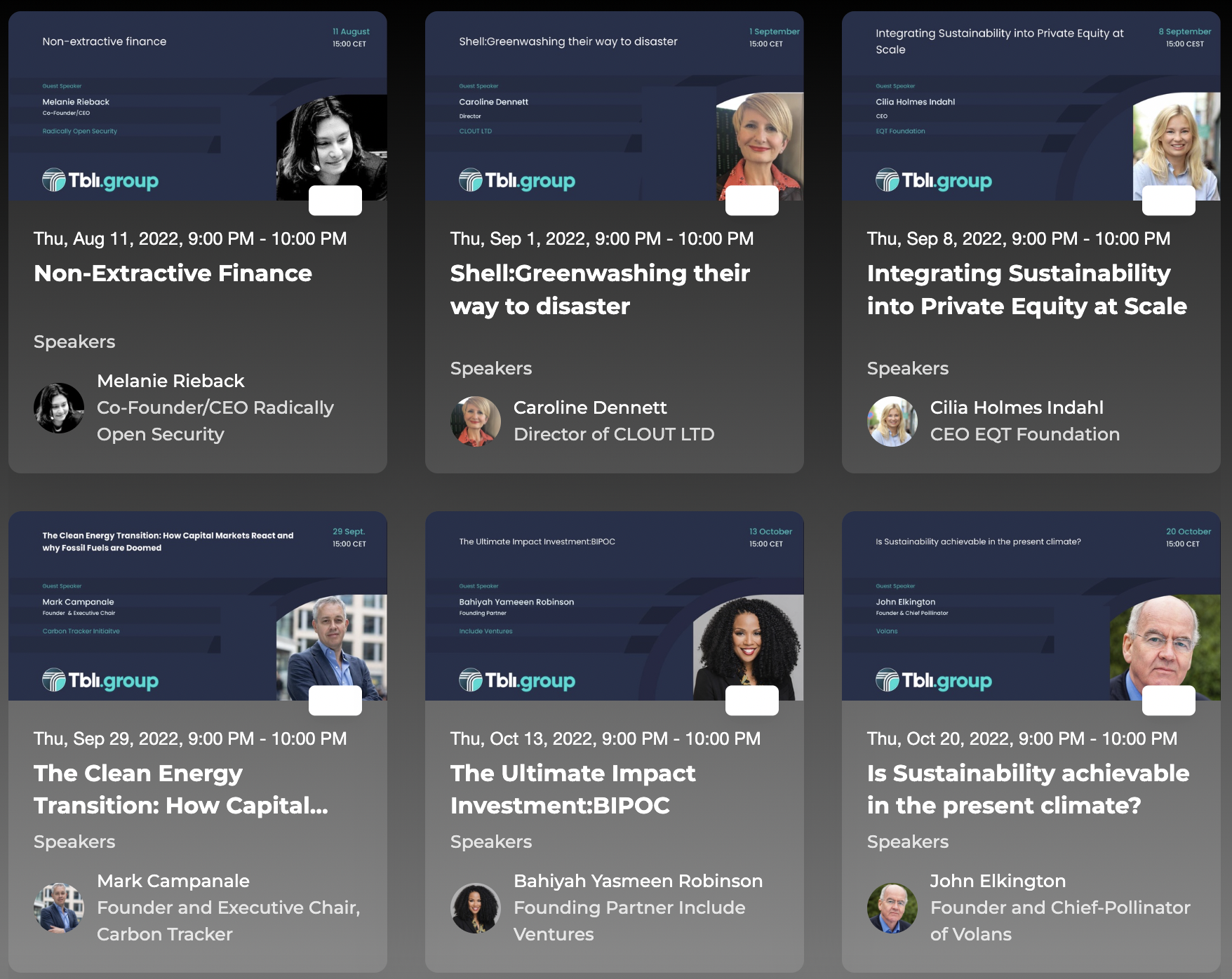 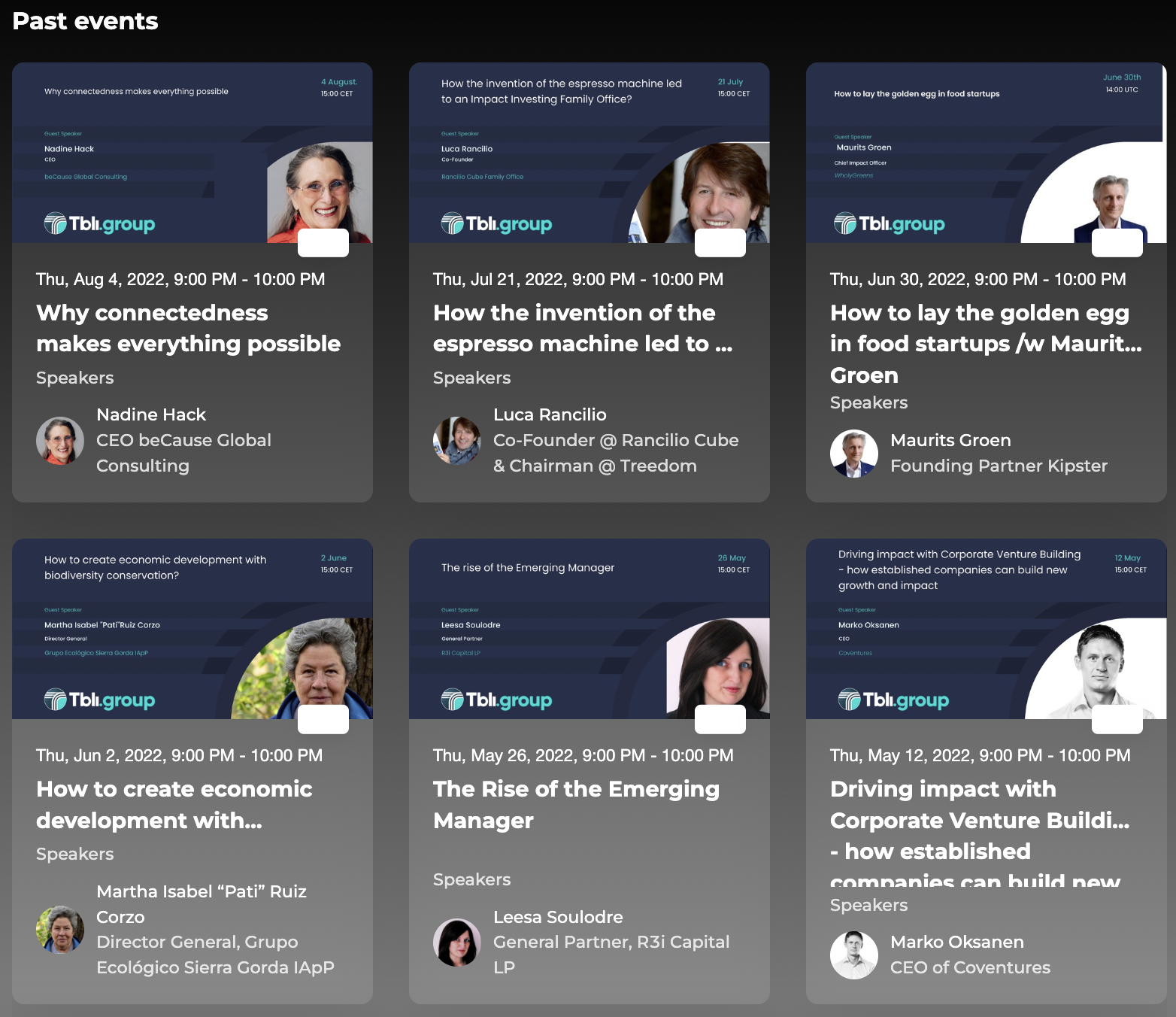 33 presenters have been confirmed. 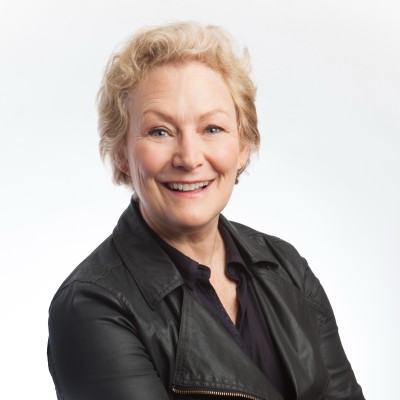 Clara Miller writes and speaks about sustainable finance, impact investing, business models and accounting in the nonprofit and for-profit arenas, and advises projects and individuals working for progress on same. She is President Emerita of the Heron Foundation (2011-2017), and was Founder and President/CEO of Nonprofit Finance Fund (1984-2011). Miller was named seven times to the Nonprofit Times “Power and Influence Top 50,” (2006-2017), to Inside Philanthropy’s “50 Most Powerful Women in U.S. Philanthropy for 2016 and 2017 and as Social Innovator of the Year by the University of New Hampshire in 2017. 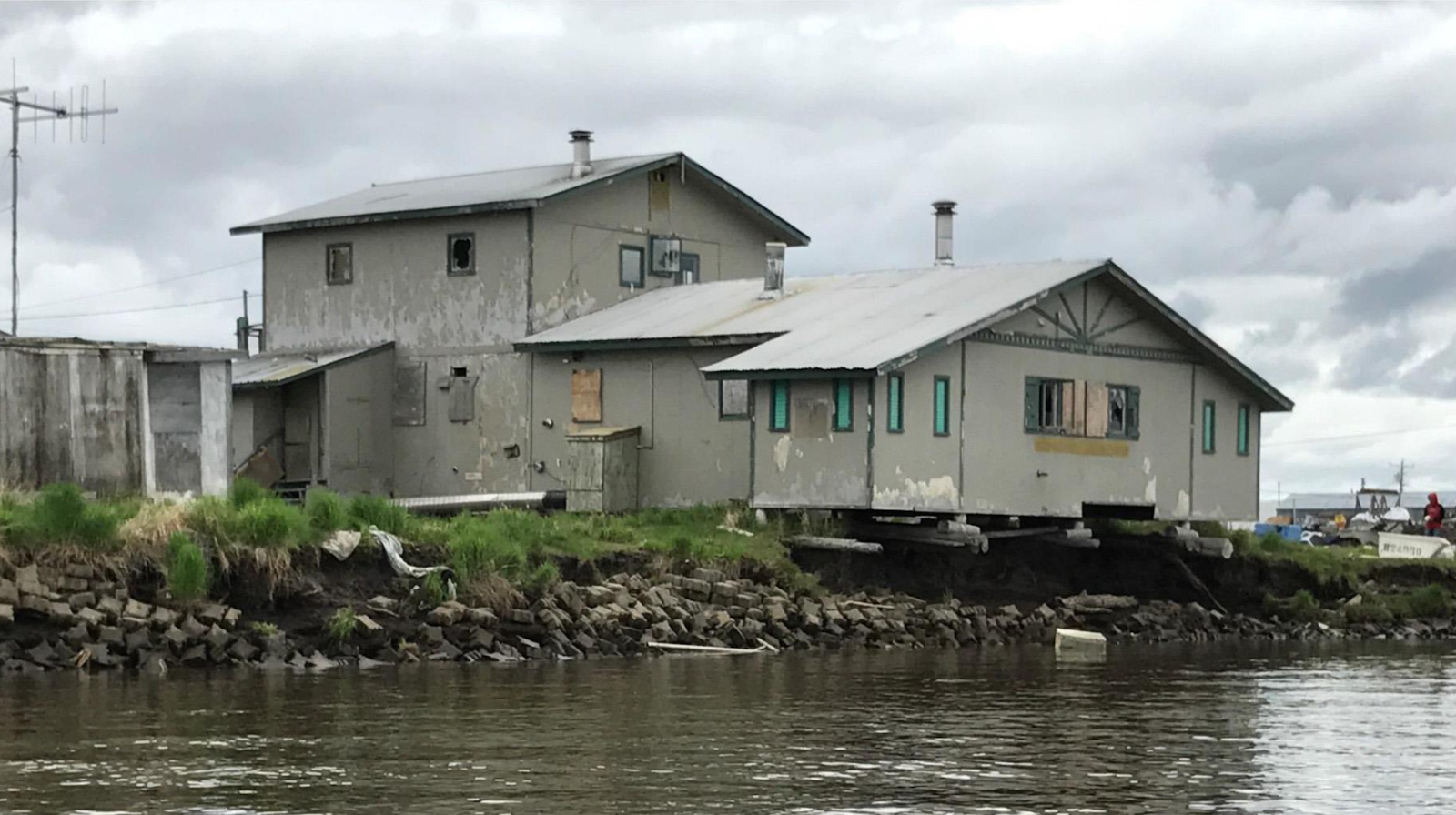 Nuclear plants could see their bottom lines improve thanks to a new tax credit in the massive climate, health care and deficit reduction package passed by the Senate this weekend—a potential lifesaver for an industry that has appeared stagnant in recent decades.

The bill—which passed the Senate in a 51-50 vote on Sunday—must pass the House of Representatives before going to President Joe Biden, who is expected to sign it. House Speaker Nancy Pelosi (D) says lawmakers will vote on the bill after returning from their August recess on Friday.

20%. That’s the share of U.S. electricity provided by nuclear plants in 2021, according to the U.S. Energy Information Administration.

The one-two punch of sky-high oil prices and worsening climate change is leading some places that were turning away from nuclear power to reconsider. Japan is restarting four reactors ahead of winter, South Korea is resuming construction on two and Germany is considering extending operations for three plants after initially planning to phase out nuclear power. Even California Gov. Gavin Newsom (D) is walking back a pledge to shutter the state’s last nuclear plant, which provides 9% of the state’s electricity, the Associated Press reported Monday.

WHAT WE DON’T KNOW

Whether the bill will be enough to rejuvenate the struggling domestic nuclear industry. Cost and safety concerns remain major hurdles to overcome: An MIT study found that “repeated failures of construction management practices” drive projects in the U.S. and Europe over budget, and public fears of another accident—like the 2011 earthquake and tsunami that damaged the Fukushima nuclear plant in Japan—make progress more difficult. However, the industry is optimistic. Maria Korsnick, president of the Nuclear Energy Institute, an advocacy group, hailed the bill in a statement, saying that it will help “address economic hurdles and provide confidence to invest in today’s nuclear plants.”

A Thai Community Treasures — and Defends — Its Woodlands

“We and the Woods,” the Second Runner-Up in the 2022 Yale Environment 360 Film Contest, tells the story of an ascetic community in western Thailand whose residents have a deep connection to the forest and have banded together to protect their woodlands from logging, tourism projects, and other development.

Near the border of Thailand and Myanmar, the 100-person village of Ban Hmong Kua is an ascetic community whose residents — members of the ethnic Karen people — have a deep connection to the surrounding tropical forest and its crystal clear streams. In “We and the Woods,” filmmaker Weeraphan Thavorn speaks with the ascetics, who express growing concern over the impacts of climate change and the intensifying logging and development in their region.

“Nowadays the climate is not the same,” says one of the group’s elders. “The winds are no longer natural. There are a lot of toxic winds. The fog you see is no longer nature — it’s smog, smoke that comes from fumes or fires. Every water stream carries poison with its flow.”

As Thavorn’s film shows, the community teaches the interconnectedness of all nature — trees, soil, streams, and air. “We tell [people], ‘Please don’t destroy the water sources. Please don’t cut down trees on the mountain,’” the elder says. “They argue that has nothing to do with soil and water. They aren’t well informed.”

The 400 or so people in the surrounding villages, most of them farmers, hold the ascetics — Buddhists but not monks — in high regard. To protect the woodlands, they pool 10 percent of their earnings from selling turmeric and other products to help fund the activities of forest guards. One of the younger guards, echoing the worldview of the ascetics, tells Thavorn, “If the water dries up, if the forest is gone, it’s not the authorities who are in trouble, but the folk who live there.”

‘There are no safe levels of pollution’: an interview with wildfire researcher Sam Heft-Neal 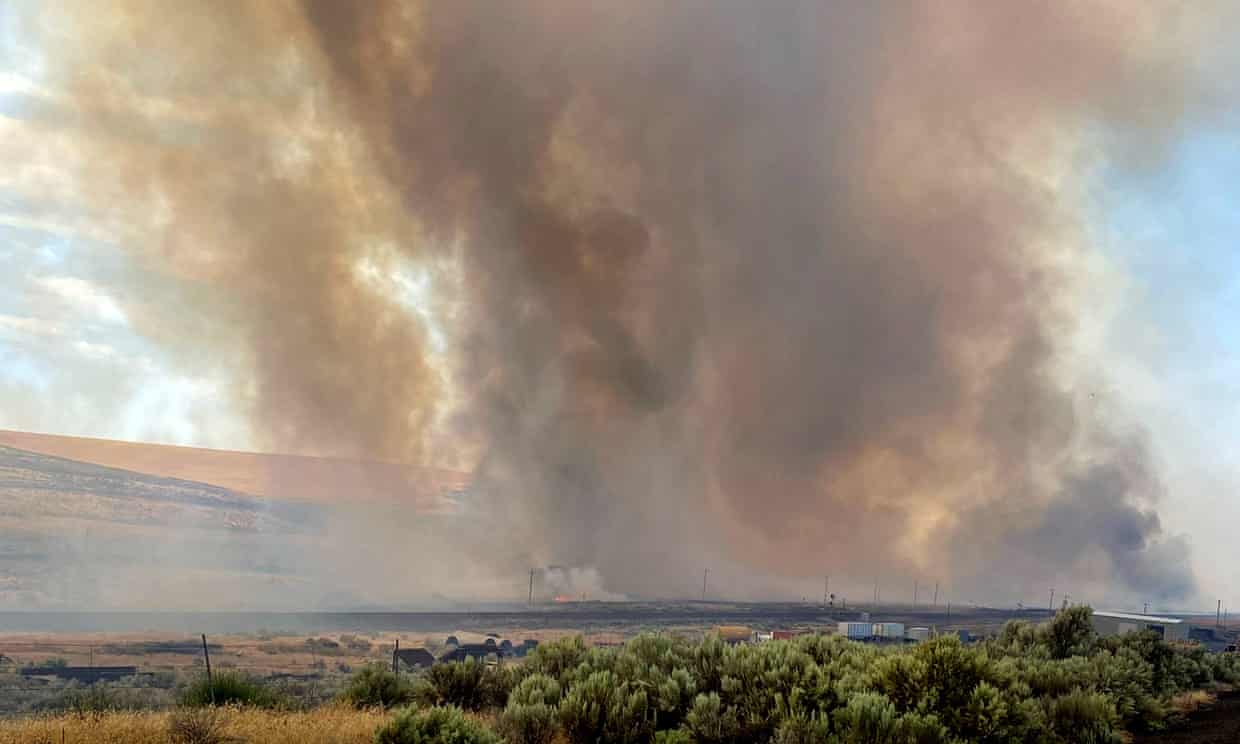 As smoke from wildfires spreads from coast to coast, scientists are looking into how best to protect vulnerable populations

As the climate crisis brings drought and dried-out landscapes, wildfires in the US west are spreading smoky air to millions of people, even those who live far from where the fires burn. The problem is becoming so pronounced that some television weather forecasters in California now include “smoke casts” in their reports, displaying models that predict where smoky air from a wildfire will travel days into the future.

Wildfire smoke in recent years accounted for up to 50% of all dangerous, small particle air pollution in the western US, research shows, and the problem is growing.

The largest fire to hit California this year, the McKinney fire, is raging through the Klamath national forest.

Scientists warn that current health policies are not effectively protecting people against smoke inhalation dangers, and a new study published in July underscored how dangerous levels of tiny pollution particles in wildfire smoke travel into households not threatened by the fire itself.

The Guardian spoke with one of the authors of that new study: Sam Heft-Neal is a wildfire researcher at Stanford University’s Environmental Change and Human Outcomes Lab (ECHO).

What was the most striking finding of the study?

One is that even if you look at really high-income homes around the [San Francisco] Bay Area, their indoor air quality is really poor during wildfires on average. That surprised me. I thought that wealthy people who care about air quality would be able to protect themselves effectively. And that does not seem to be the case. That’s concerning, because we expect many groups to be less able to protect themselves.

What do you think the implications of the study are for policymakers?

Wildfire pollution is just fundamentally different from other types of pollution. When there’s pollution from transportation, it’s relatively straightforward to try to reduce the pollution source by regulating vehicle emissions and taxing gasoline or whatever policymakers want to do. But that’s really hard to do with wildfires. There’s no policy we can implement that will eliminate or reduce wildfires dramatically in the short run. And so instead, the main policy is just telling people to protect themselves. When news broke on February 15 that B.C. would be lifting most of its COVID-19 restrictions, including allowing indoor events to return to full capacity, few were as excited as the organizers behind the Globe Forum. After a two-year absence, Vancouver-based Globe—the largest and longest-running sustainability conference in North America, now in its 32nd year—was able to offer a full slate of in-person panels and presentations at the Vancouver Convention Centre.

“It was like kids in a candy store,” says Dr. Carol-Ann Brown, president of the ESG (environmental, social and governance) consultants Delphi Group, the intellectual firepower behind Globe (the event is run by sister organization Globe Series). “This was the first big event in our topic space since we got shut down by COVID. People had great things to say about Globe, but mostly it was: Oh my God—so good to see you in person!”

The three-day conference kicked off March 29 with a keynote address from Prime Minister Justin Trudeau—who made a surprise announcement on Canada’s Net Zero plan, setting a 40 percent emissions reductions target for Canada’s oil and gas sector—along with new mandatory targets for electric vehicle sales (at least 20 percent of all new personal vehicles sold in Canada will be zero emissions by 2026; 60 percent by 2030; 100 percent by 2035).

The announcement resonated with Brown—who, prior to 2021, led the Delphi cleantech team and worked with industry players across Canada to accelerate the deployment and commercialization of cleantech solutions. Today, Brown and her team are helping clients (Fortune 500 companies, medium-sized businesses, even governments) to navigate the evolving ESG landscape—or, as she puts it, “accompany people on their sustainability journey.”

That landscape has changed dramatically since Trudeau made his splashy Vancouver announcement, however. As we approach the summer of 2022, gas prices are at a record high, the war in Ukraine rages on, stock markets and corporate earnings are in the doldrums—and inflation is running at levels not seen since another Trudeau was prime minister. In other words: significant headwinds for anyone trying to make the sustainability journey.