30 presenters have already been confirmed.

When Things Fall Apart - How do you balance investors and beneficiaries’ interests when everything goes wrong?

Andrea Pizziconi is the Founder & Managing Principal of the Christie Company as well as its subsidiaries, Africa Integras and Girls First Finance. An accomplished social entrepreneur and TBLI Hero.

She has worked tirelessly to address the challenges of expanding access to higher education in Africa by investing in public universities on a grand scale. She will share some of the many challenges she faces working in Africa and the education sector and how she has flipped the script on a nightmare outcome to create the most impactful venture she’s taken on yet.

What will you learn? 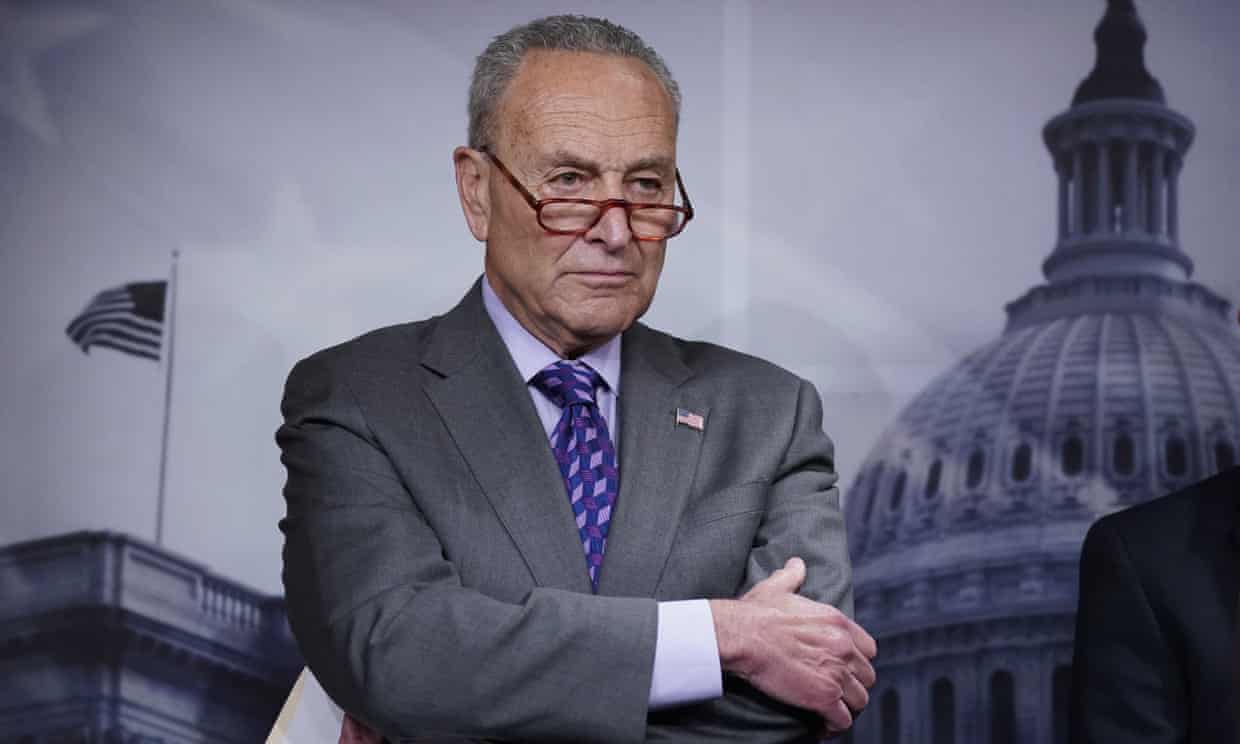 On Monday, 17 people sat in the Senate majority leader’s office to demand he reopen climate negotiations

Six staffers were reportedly arrested in Congress on Monday afternoon for staging a sit-in at Senate majority leader Chuck Schumer’s office and protesting about a lack of legislative action on the environment. The congressional staffers and activists had started the demonstration earlier Monday, with 17 staffers sitting in Schumer’s office to demand that he reopen climate negotiations, according to Saul Levin, a policy adviser for progressive congresswoman Cori Bush. “Right now, we Hill staffers are peacefully protesting Dem leaders INSIDE. To my knowledge, this has never been done,” he wrote.

Some also protested outside the building. Schumer, Senate majority leader, had been under pressure to negotiate a climate deal, especially after the supreme court struck down a key protection of the Environmental Protection Agency. But Schumer, and Joe Biden’s, efforts to advance climate legislation have been thwarted largely because of the opposition of the Democratic West Virginia senator Joe Manchin, who has been called a “modern day villain” for his ties to the fossil fuel industry and killing off the president’s environmental proposals. Later in the day the sit-in at Schumer’s office seemed to turn more contentious. A tweet posted by NBC News reporter Julia Jester features a short video purporting to show one of the staff members in handcuffs, explaining why the group jeopardized their careers to take the action. The reporter asked the male staffer what they were demanding of the senior Democrat. He replied: “to reopen negotiations on the climate reconciliation package ... and pass climate legislation”. Christian Hall, a congressional reporter for Punchbowl News, also tweeted that Philip Bennet, president of the Congressional Workers Union, had been taken away in handcuffs.

The green taxonomy was created to provide a clear and standardised framework so that investors could have reliable information over the sustainability credentials of their investments and avoid greenwashing. However, the collective market view of the taxonomy has shifted from a niche of best-practice, data-backed investments to the more problematic view that taxonomy-compliant investments are good and non-compliant ones are bad.

This mindset has encouraged policymakers to include nuclear and gas in the EU’s regulation due to the concern that if these asset classes are not included in the taxonomy, investment will dry up.

Such energy sources have a role to play in the transition and may still need investment now. However, labelling them as the crème-de-la-crème among the green is clearly not the answer to this concern. The binary approach of the EU taxonomy, unlike the multi-tiered ASEAN approach, seems to have promoted such concerns.

On the other end of the scale are the investments which are impactful from an ESG perspective but for one reason or another may not fit the remit of the green taxonomy, for example, projects by multilateral development banks. Many of these projects fall outside the EU’s green taxonomy because they take place outside of the EU where the data is not readily available and they do not see the same benefits that EU-based projects might see, such as exceptions for companies that are part of the EU’s energy saving schemes.

Why Climate Change Matters for Every Investor (No, Really) 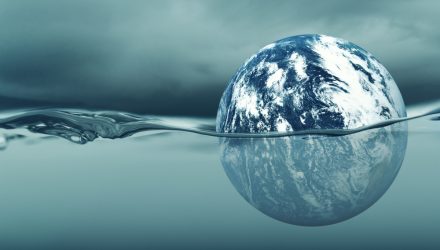 Greenwashing, impact investing, diminished returns, intangibles — the list goes on and on about the conversations the financial world has been having around ESG (environmental, social, and governance) investing and if ESG-themed products are worth it. The conversation has been going back decades, but we’ve reached a critical juncture with global warming where the environmental component is going to drive and impact all investments in the future if change doesn’t happen.

There’s unending academic literature being published about the dangers of a warming world, the impacts of increasingly intense weather events, the heat distribution, and the impact of increasing heat on populations, but a shortcoming that many of them have is that they tend to look at these individual impacts and risks through a singular or narrow lens.

Shi-Ling Hsu, a professor of law at Florida Sate University’s College of Law, tackles this very shortcoming in a forthcoming public law paper being published and currently available on SSRN, regarding the increasingly exponential risk that climate change poses on a global scale. The research looks at the cumulative effects of climate events, their impacts on susceptible populations, and how those impacts themselves provide a cumulative effect that causes populations that were once less at-risk to become susceptible to climate impacts.

“Climate change is often described as a ‘threat multiplier,’ exacerbating extant threats and making them more dangerous. The cumulation of multiple climate catastrophes affect entire systems of production and distribution,” Hsu wrote. “Everything will be harder or more costly to obtain. That is the nature of climate insecurity, and it has arrived.” 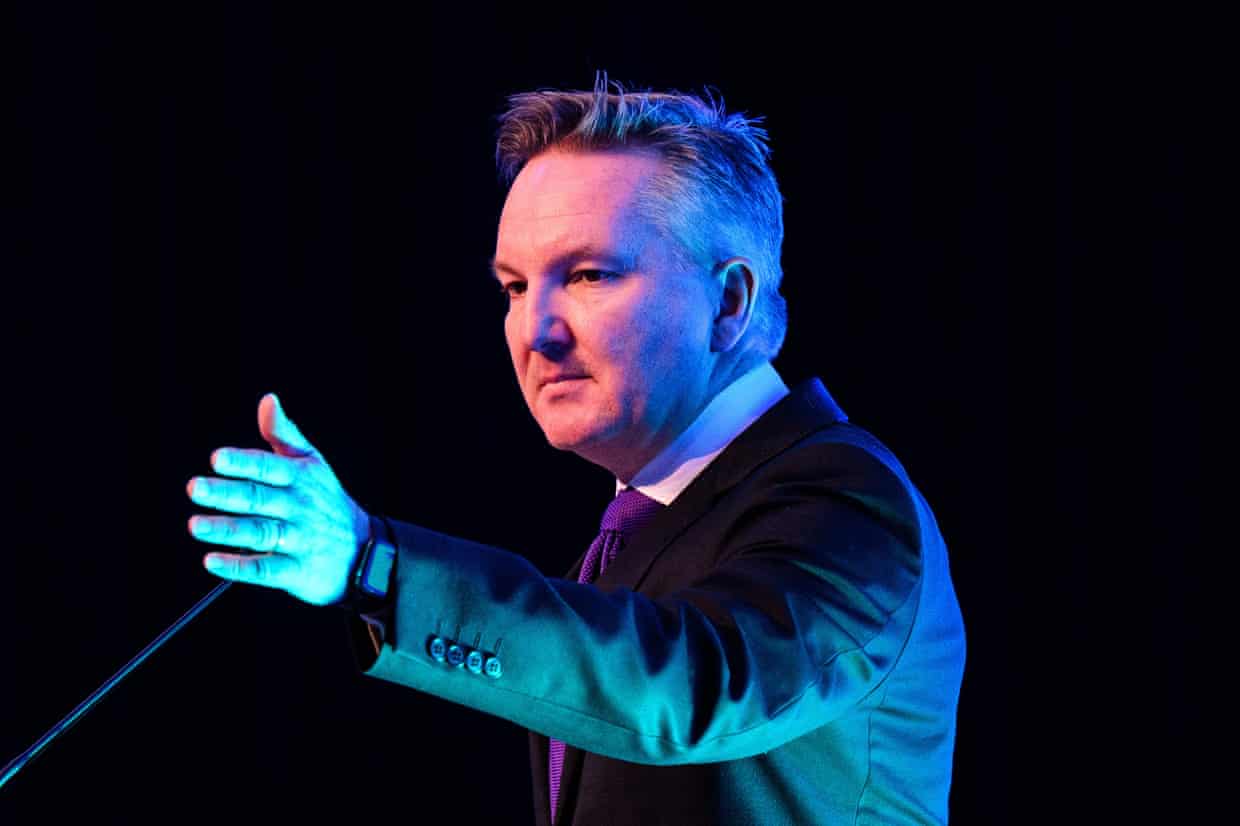 The Albanese government has strengthened its signature climate legislation to make it clear future emissions reduction targets can only increase, as well as bolstering transparency about its response to expert advice from the Climate Change Authority. The adjustments ahead of the introduction of the bill on Wednesday follow negotiations with the crossbench and the Greens and come as the latest Guardian Essential poll shows 50% of respondents want a bill reflecting Labor’s specific election commitments passed by the new parliament to address the climate crisis. The poll suggests 25% of respondents want the Greens or the teal independents to hold out for more ambitious commitments while 25% of voters surveyed don’t want any bill passed, because they oppose further action.

Of the cohort wanting further action, 44% think Labor’s 2030 target of a 43% cut in emissions is sufficient, 40% think more action is required and 16% are unsure. The new legislation will enshrine Labor’s election commitment to cut emissions by 43% by 2030 and reach net zero by 2050. The climate change minister, Chris Bowen, says the bill will make clear all future national contributions submitted as part of the Paris agreement must be a progression beyond current commitments. The bill will also enshrine the new targets in the objectives and functions of a range of agencies, including the Clean Energy Finance Corporation, the Australian Renewable Energy Agency, Export Finance Australia, Infrastructure Australia, and the Northern Australia Infrastructure Facility. Bowen says the bill will confirm the Climate Change Authority will provide public advice on progress towards achieving the target, on relevant international developments, and the effectiveness of the Albanese government’s policies. If the minister doesn’t agree with the expert advice he will have to table a response outlining the differences. 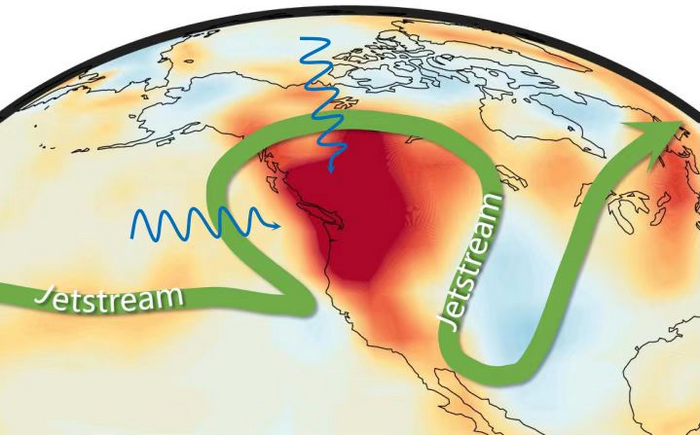 The hottest day ever documented in the United Kingdom was July 19th, with temperatures exceeding 40 °C (104 °F). The heatwave is an early insight into what meteorologists predict will be typical summer weather in the United Kingdom in 2050. The heat continues in Europe and the United States, with more than a third of the country under heat alerts.

The temperatures are reminiscent of a late June heat wave that killed nearly 1,500 people and multiplied average temperatures in the United States and Canada just over a year ago. Will temperatures continue to go up, making extreme heat events more common? The answer is yes, according to the most recent analysis of the atmospheric circulation patterns and human-caused pollution that contributed to North America’s 2021 heat wave. The research results, published on July 22 in Advances in Atmospheric Sciences, may also discuss the recent heatwave in the United Kingdom. The research group discovered that greenhouse gases have been the primary cause of rising temperatures in the past and will most likely continue to be the primary contributor in the future, with simulations indicating that extreme heatwave events will rise by more than 30% in the years ahead. According to their findings, greenhouse gases are responsible for the increased likelihood.