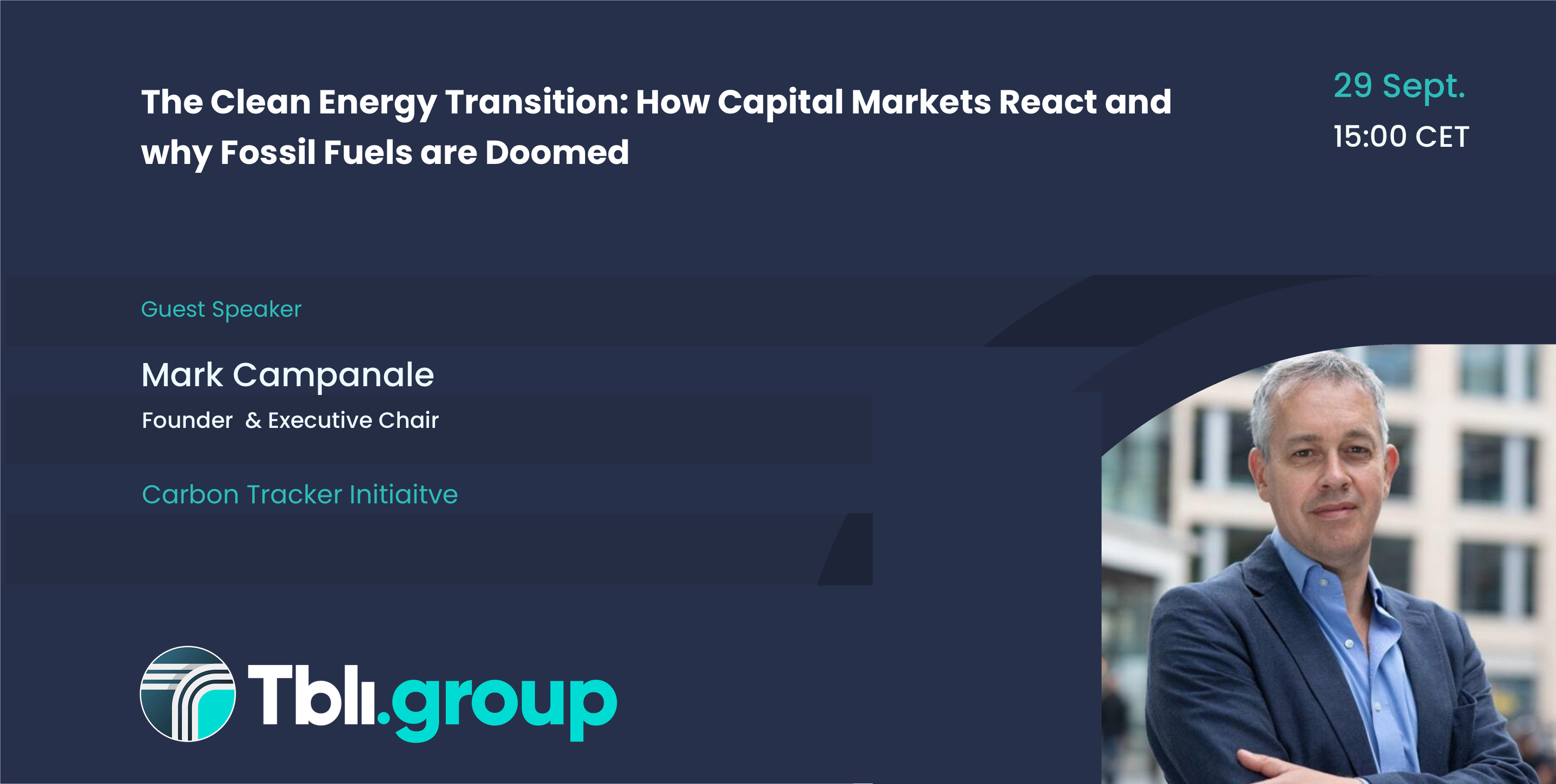 The TBLI Better World Prize event page is live - sign up to attend for free!

Would you like to apply to present on behalf of your organization and discuss why your system for ESG measurement is the best?
Then Register here

Confessions of a Recovering Professional Football Player /w Will Allen 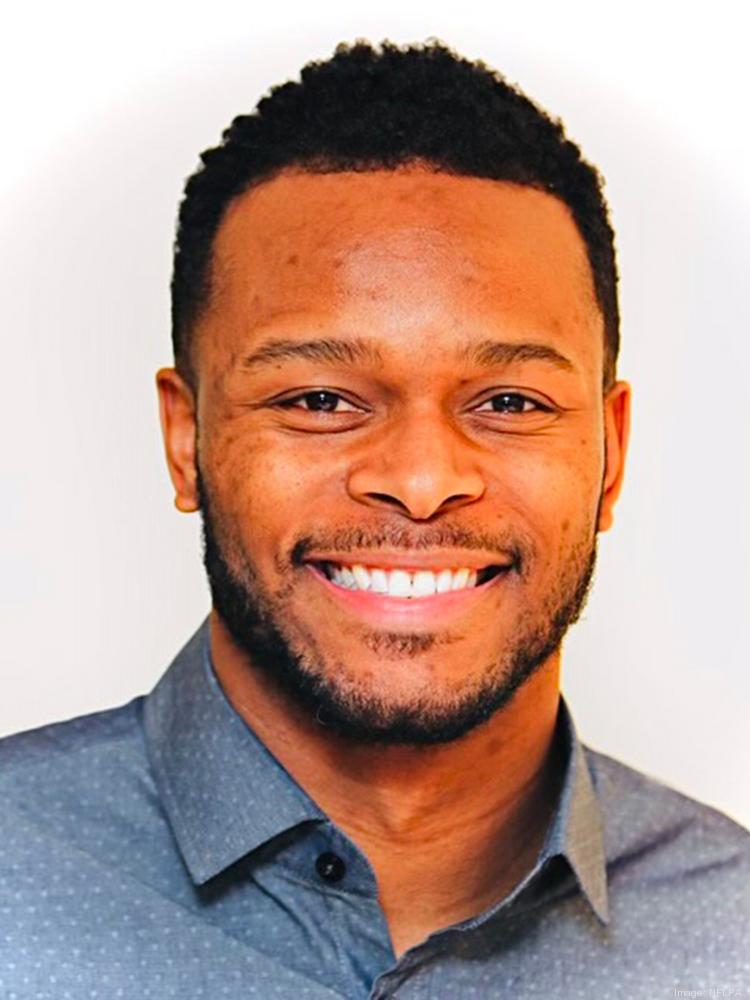 Will Allen played 12 years in the NFL with the Pittsburgh Steelers and Tampa Bay Buccaneers where he developed meaningful relationships with athletes, influencers, CEOs and brands. He has played

He is now one of the founding partners of MVP-Magarac Venture Partners and is looking to invest and support small businesses in the American mid-west, with a focus on businesses run by people of color. This podcast outlines his journey going from a professional football player to impact investor.

Australia has a golden opportunity to expand solar energy manufacturing 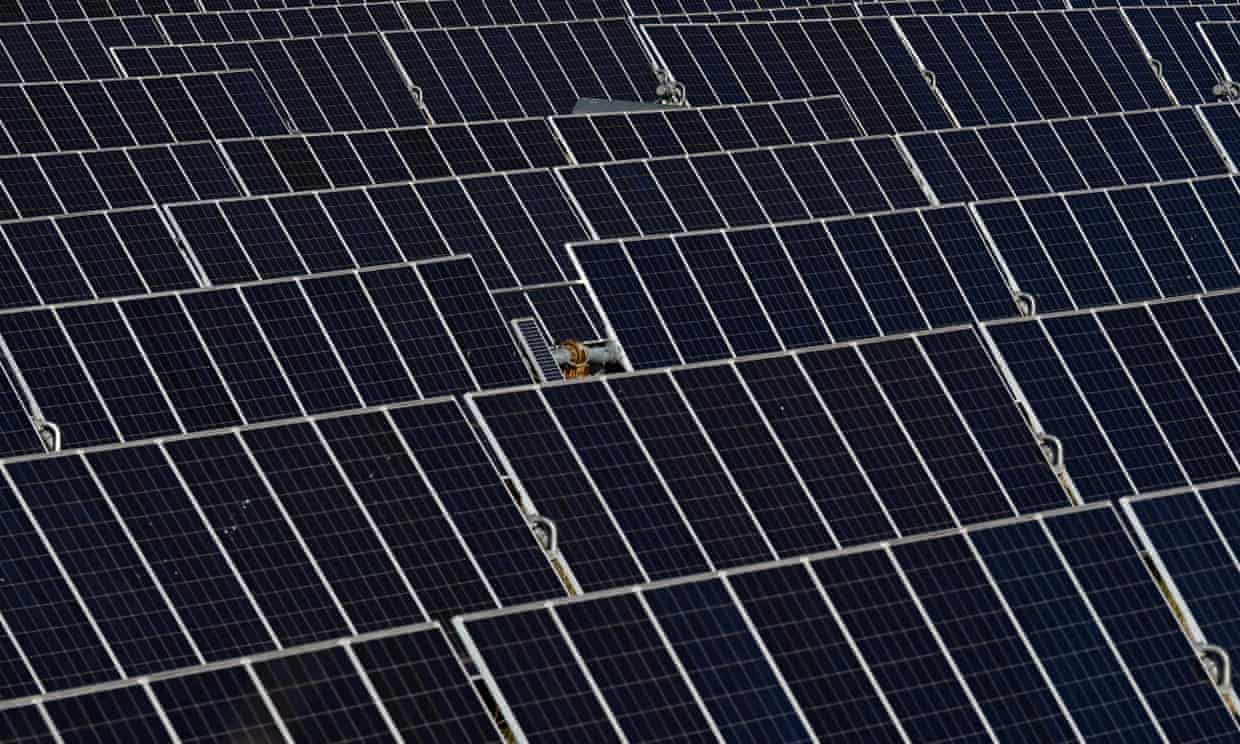 Australia has a golden opportunity to expand its solar energy manufacturing capacity as the industry booms and nations scramble to cut their over-dependence on China, a report by the Australian Australian PV Institute Institute says. The country is installing 4GW of solar photovoltaic (PV) capacity a year already but meeting just 3% of that from a local supplier, Adelaide’s Tindo Solar. That annual installation tally, though, is predicted to triple by 2050, particularly if Australia becomes a major supplier of hydrogen produced by renewable energy for export. “We have a pressing need, we have the natural resources and we have a very sizeable market,” the report said. “Unless Australia gains control over the most strategic parts of the PV value chain, the development of any ‘green’ export market will be completely dependent on foreign powers.”

Renate Egan, the APVI secretary and head of the Australian Centre for Advanced Photovoltaics, said China would remain an important supplier of panels to Australia but it was important to diversify supply, including by using local firms. “You can liken it to Europe’s reliance on gas from Russia,” Egan said, referring to shortages and soaring gas prices after Moscow imposed export curbs in retaliation to sanctions for Russia’s invasion of Ukraine. “The world is relying increasingly on solar energy generation for the energy transition [from fossil fuels],” she said. “They’re becoming aware of the risks … in that over 90% of the tech comes from China.” The Covid pandemic helped spur demands for more local manufacturing capability when Australia struggled to secure supplies of vaccines and medical equipment. Ongoing supply chain disruptions, particularly as China maintains its Covid-zero policies, have given added impetus to calls for more domestic production capability.

A spokesperson for the industry and science minister, Ed Husic, said solar was “clearly going to be a big part of Australia’s renewable energy future”. “The Albanese government will deliver dedicated support through Powering Australia – a $3bn co-investment stream as part of the National Reconstruction Fund,” he said. “A big part of its focus will be on renewables component manufacturing and low-emissions technologies, including production of batteries and solar panels. “By 2030, the government aims to have 82% renewables in the national electricity market. To achieve that, we will need to produce much more solar capacity on shore as well as having a diversity in our international supply chains.” The present trade tensions between Australia and China exacerbated “the potential threat to supply restrictions or sudden price changes”, the APVI paper said.“Adding to this risk is the growing concern over the possible use of forced labour in parts of China, where much of the silicon, wafers and steel used in PV components are produced,” it said.

How AI is helping to save the Amazon 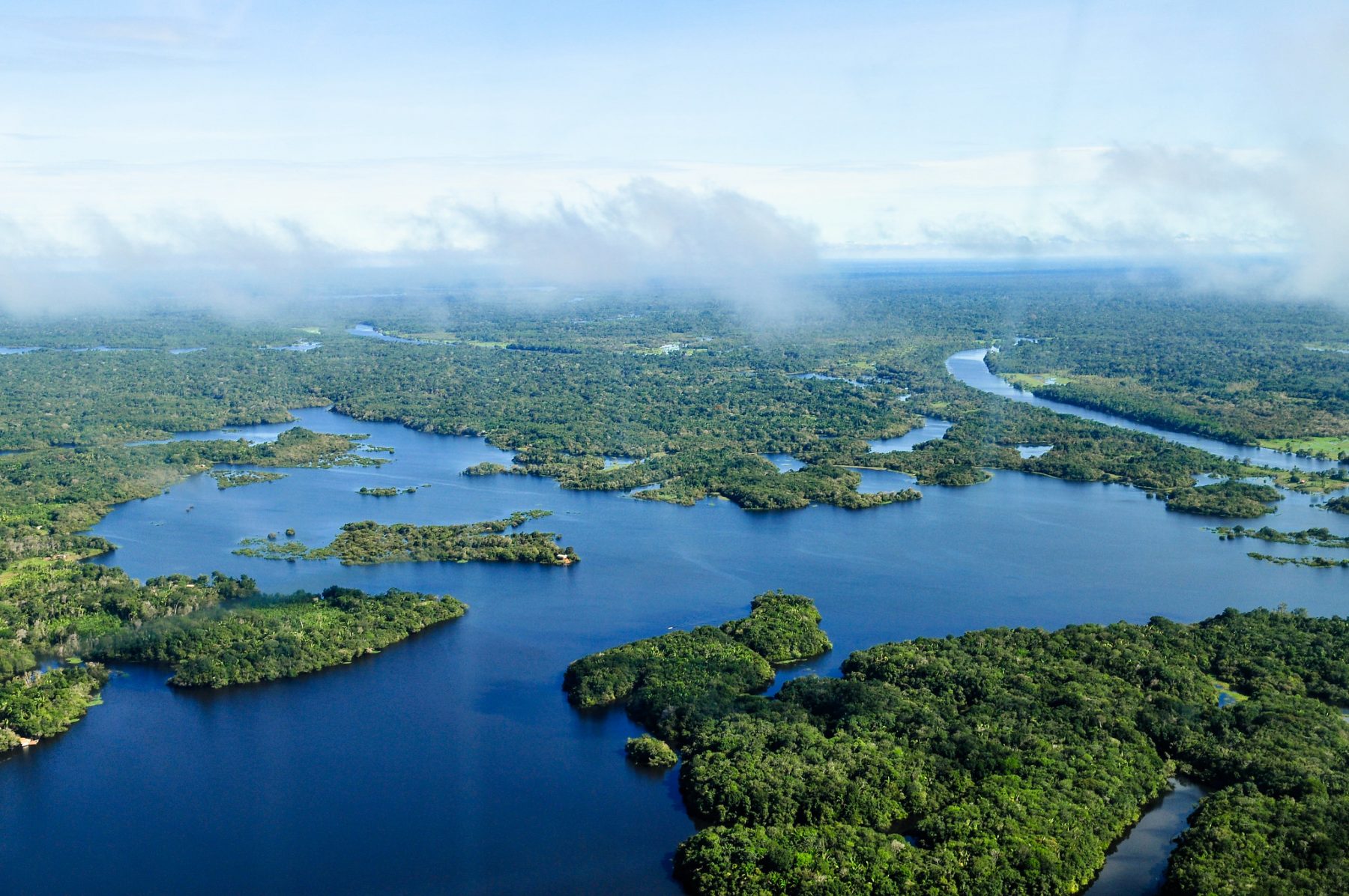 Did you know that artificial intelligence is on the frontline of saving the rainforests? Machine learning gets a bad rap, but when harnessed for good, it can supercharge environmental work, writes Martin Wright

Are we headed for a data-driven dystopia? One where artificial intelligence (AI) gradually colonises every aspect of our lives, to all our detriments? There is no shortage of gloomy predictions as to what untamed algorithms might bring about. You know the sort of thing: sweeping job losses; the obliteration of privacy and personal choice; even autonomous weapons systems unleashing killer bots from the sky. I could go on…

As clouds on the horizon go, it’s a big one. But that doesn’t mean it’s entirely shorn of silver linings. Far from it. The power of AI to harvest and process the vast amounts of data that litter the world’s servers can be harnessed for good. It can, in short, help us see the wood for the trees.

Quite literally, in some cases.

AI is on the frontline of the fight to save the rainforests, with data from satellites and cloud-piercing radar combining with on-the-ground monitoring to detect and track threats right down to the level of a single tree. Previously, it might take months or even years before an illegal logging operation or incursion by cattle farmers was spotted. Now, these can be picked up before the first whine of the chainsaw. In the Brazilian state of Acre, deep in the Amazon, where deforestation is running rampant, indigenous forest agents from the Shanenawa people are using drones and GPS monitoring in collaboration with a sophisticated AI tool. Developed by Microsoft and Brazilian non-profit Imazon, it helps predict where incursions look likely to occur, allowing local people to nip them in the bud.

This kind of detailed observation is now being used by companies under pressure from activists, consumers and, increasingly, investors and governments, to prove that their supply chains are ‘deforestation-free’. When it’s a commodity like palm oil, with tens of thousands of smallholders involved, that’s easier said than done. But AI tools can drill down through a huge range of data – from satellites, radar, on-the-ground monitoring, and more besides – to spot where an individual farmer on a remote plot of land in Borneo, say, might be starting to clear forest for palm, allowing time for prompt intervention. 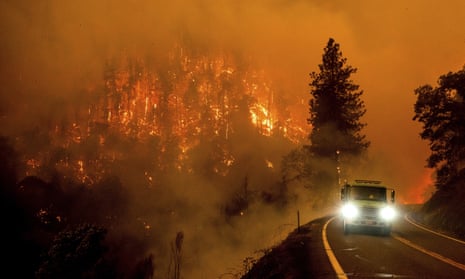 In a chilling new video released by Fridays for Future, the youth-led climate movement inspired by Swedish environmental activist Greta Thunberg, filmmakers capture how escalating wildfires have devastated California’s picturesque landscapes in the hopes of igniting an urgent call to action.

The short video, titled “I love you, California,” sees the camera pan slowly over the aftermath of megafires: apocalyptic scenes of smoldering canyons, communities reduced to rubble and once lush hillsides turned to blackened moonscapes. The film is soundtracked by a haunting rendition of California’s state song, accompanied only by the sounds of quiet, rustling wind.

“The regional anthem of California, adopted in 1951, celebrates the beauty of California’s rich, diverse natural landscape, from the redwood forests, to the natural exports of honey, fruit and wine,” filmmakers said in a statement. “Today, these lyrics ring more painful than joyous to residents who are forced to watch these same forests and fields of grains burn down year after year.”

Fires have always been part of the landscapes across the US west, and are an essential part of many ecosystems that evolved alongside them. But the climate crisis has turned up the dial, fueling a brutal new kind of wildfire more likely to leave devastation in its wake.

In the last six years, the state has seen its eight largest fires on record, 13 of the top 20 most destructive blazes, and three of the top five deadliest fires.

The release of the film is timed with the global climate strike, a set of international demonstrations culminating around youth-led demands for policymakers to act, launching on Friday. Centered on the theme of #PeopleNotProfit, this year’s actions include calls for transformative justice reparations to address systemic inequities exacerbated by the climate crisis. 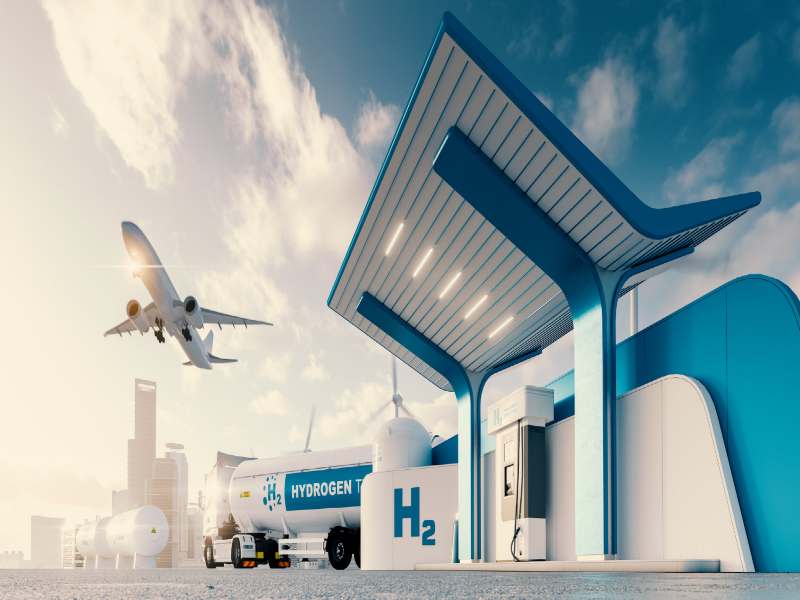 The global energy crisis is boosting interest in low-emissions hydrogen and the pipeline of projects is expanding, but only a small share of projects are under construction around the world. Electrolyzer manufacturing is set to grow strongly and pilot projects are popping up in new applications such as steel and transport. But, this is just a small part of the potential of the hydrogen landscape, highlighting the need for greater policy support, says a new IEA report. The annual Global Hydrogen Review points out that encouraging developments in hydrogen technologies to support the clean energy transition include an expected six-fold increase by 2025 in global manufacturing capacity of electrolyzers. This is very necessary to produce low-emission hydrogen from renewable electricity.

Low-emissions hydrogen production worldwide in 2021 was less than 1 million tonnes. Most of this came from plants using fossil fuels, with some from carbon capture, utilization, and storage. At the same time, overall hydrogen demand worldwide reached 94 million tonnes worldwide, exceeding the 2019 high of 91 million tonnes. That increase was met by hydrogen produced from fossil fuels, not by carbon capture technologies. And, while the demand for new applications jumped by 60% in 2021, the growth to 40,000 tonnes was from a very low base. Hydrogen and hydrogen-derived fuels could contribute to climate ambitions and energy security IF they are produced through clean energy. If they are deployed in sectors such as heavy industry and long-distance transport they can cut emissions as they replace fossil fuels.

The IEA’s annual publication tracks hydrogen production and demand worldwide, as well as progress in areas such as infrastructure development, trade, policy, regulation, investment, and innovation. The Global Hydrogen Review is an output of the Clean Energy Ministerial Hydrogen Initiative and is supposed to inform energy sector stakeholders on the status and future prospects of hydrogen. This year’s Review is focused on helping decision makers fine-tune strategies to attract investment and facilitate the deployment of hydrogen technologies while creating demand for hydrogen and hydrogen-based fuels. It includes a special focus on how the global energy crisis sparked by Russia invading Ukraine has accelerated the momentum behind hydrogen and the opportunities it offers to contribute to decarbonization targets and enhance energy security. 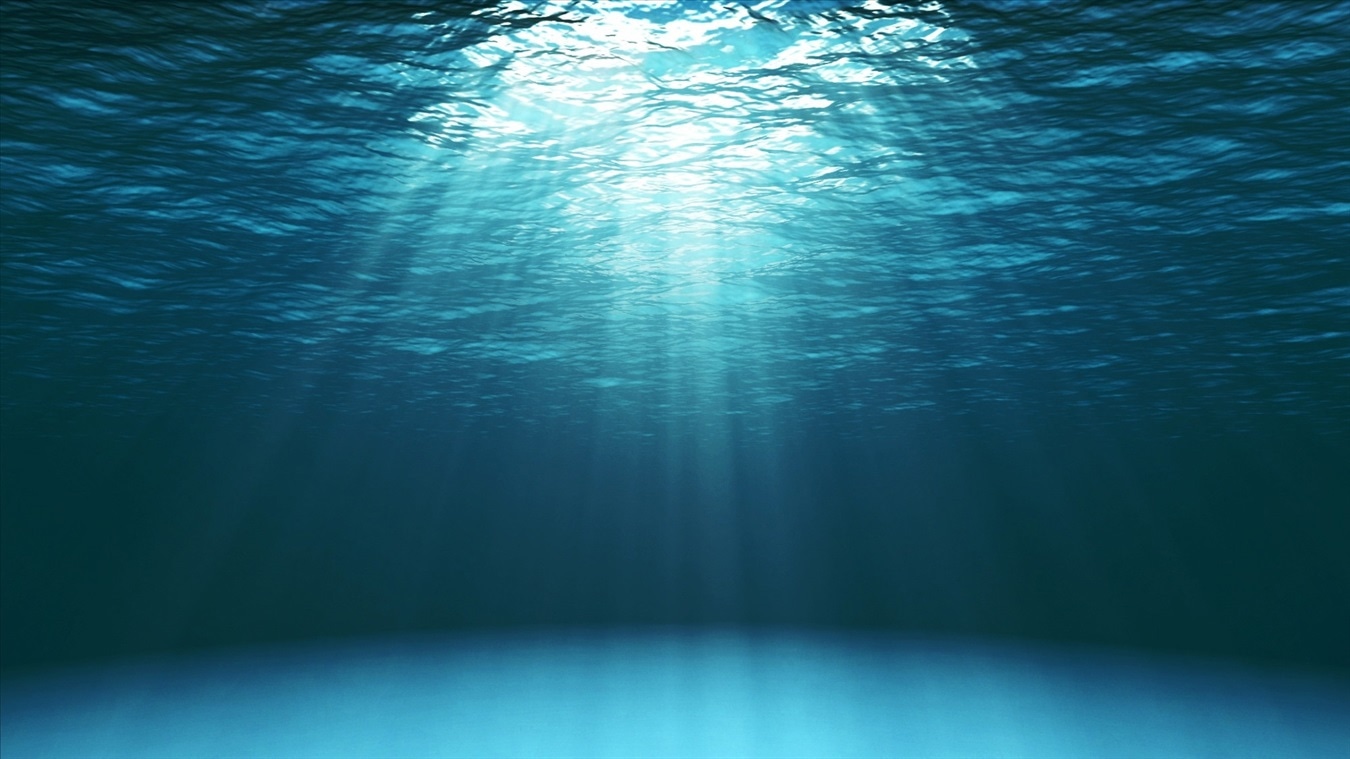 Rising ocean temperatures are affecting shallow reefs and the organisms that thrive there. However, these effects are unknown due to the scarcity of accurate local data.

For over ten years, a group of scientists in Australia has been monitoring the country’s reefs and their changes. The researchers employed fine-scale data to show the impacts of warming waters on tropical and temperate reef fish communities.

The study was published in the journal Current Biology on September 22nd, 2022.

Global data is collected through the Reef Life Survey, which Stuart-Smith and Co-Author Graham Edgar developed to provide global information on the state of Australia’s reefs. Data from two other significant reef monitoring programs were integrated with information from the Australian Reef Life Survey for this research.

The research groups examined temperature and habitat change, such as coral bleaching, and discovered that the effects differed depending on where the reef was.